The Voices of Youth

Lawton Chiles Middle School in Florida, where a young man was recently arrested after not saying the Pledge.

I was struck yesterday by this news item: An 11-year old youngster in Florida was arrested by police in his middle school, following his refusal to recite the Pledge of Allegiance.  The youth, an unnamed African American, has refused to stand for the pledge this entire school year.  Referencing the racism inherent in America, he says he’s unwilling to recite a pledge to a racist nation.

The matter came to a head when a substitute teacher earlier this month prodded the student to participate in the pledge.  She reportedly asked him  “Why, if it is so bad here, don’t you go to another place to live?”   Their interaction escalated to the point where school officials called the police, who arrested the boy. 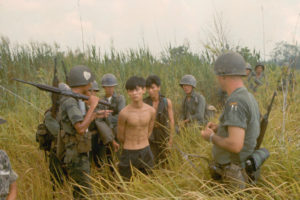 In the 1970’s, the Vietnam War inspired a wide swath of youth protest, of which the author was part.

This is very personal for me.  I feel for that boy.  In my own middle school, forty-some years ago, I too refused to stand and recite the Pledge of Allegiance.  At that time the Viet Nam war was raging, and as a pacifist I felt that the USA was betraying not just my values but its own stated principles of justice and honor. The result of me acting on my beliefs was blame, ostracism and ridicule from both peers and teachers.  I was also threatened with disciplinary action.

Although these consequences didn’t involve the police, they were deeply painful to the 12-year-old me. Especially so in that it wasn’t just kids, but adults in the school who saw fit to mock me.  This treatment was in dramatic contrast to the glory of American individual rights and free speech that were celebrated in my very conservative area.  That incident left me with a lifelong lesson on the hypocrisy of my country.

I imagine the boy in Florida has learned at least as vivid a lesson. 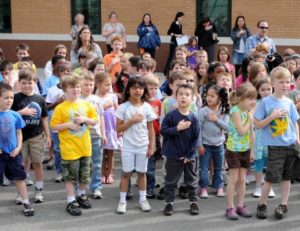 Children reciting the Pledge in Connecticut, where it is now legal for them to opt out of this ritual.

Perhaps it is just coincidence, but today’s news included a similar story from Connecticut.  A lawsuit there was just settled between a girl who refused to say the Pledge of Allegiance and her school district. There, too, the issue centered on shaming and harrassment, and the controlling culture of the school.

So here is the America of 2019.  Free speech is being challenged on many fronts.  (Free speech for youth has always been a challenge.)  Perhaps most disturbingly, shaming and harrassment, along with the undermining of free speech, are being modeled and endorsed by our national leadership.

What should we hear in the voices of youth, instead of interpreting principled statements and actions as nothing more than a refusal to cooperate?

A powerful message is emerging.  Here in America, it is no coincidence that young people are standing up for free speech.  My belief is that there is a wisdom held by youth, and especially under corrupt regimes.  It happens that Nixon was president when my story took place, and I believe young people are once again beingdriven to speak out.  Their voice is our voice. 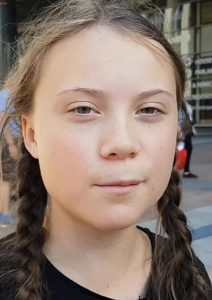 In Europe, the striking courage and clarity of sixteen-year-old Greta Thunberg stands out as testimony to the powerful voices of youth.  Greta began skipping school last September in her Swedish hometown, arguing that education was meaningless if there was not going to be a future in which to apply that education.  She began a vigil at the Swedish Parliament, and in the months since has become a global celebrity for her plain speech and direct action addressing climate change.

People are taking note:  “The movement that Greta launched is one of the most hopeful things in my 30 years of working on the climate question. It throws the generational challenge of global warming into its sharpest relief, and challenges adults to prove they are, actually, adults. So many thanks to all the young people who are stepping up,” says Bill McKibben, climate activist and founder of 350.org.

As a result of her fame, you have likely heard of Greta.  Perhaps you’ve even watched one of her speeches.  If not, take a few minutes to watch her talk on YouTube. That particular talk, a TEDx piece, was published in December of last year.  For another example of Greta’s powerful voice, listen to her talk at the Davos world economic forum last month.

I recommend watching both these talks.  If you’ve already seen them, watch them again.  What Greta expresses so clearly is that the climate crisis is really not a confusing or difficult-to-grasp subject.  It is a straightforward crisis, and can be simply characterized.  In Greta’s words, “Our house is on fire.” 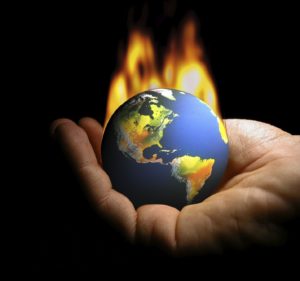 “Our house is on fire.” — Greta Thunberg

Assuming humans prove to be successful in keeping our planet liveable, it will be because of the courage, clarity, and perseverance of young people like Greta.

Fortunately, a shift has begun.   Just last week, a movement in the UK called “Youth Strike 4 Climate” coordinated youth protests in more than 60 towns and cities, with an estimated 15,000 young people taking part.

This movement is not limited to Sweden or the UK.  School strikes have taken place across Europe over the past few months, and in Australia, a group called the Australian Youth Climate Coalition (AYCC) has coordinated school strikes there, too.  According to the AYCC website:

We 100% believe in the power and intelligence of young people. They are more educated, more connected, more creative than any generation before them. The lesson here is that if you think that young people aren’t going to get mad about political inaction on climate change, then you’re the one who need to go back to school and learn some basic climate science.

It is time for the voices of youth to be heard, and for adults to honor and respond appropriately to this growing movement.  And while respecting youth is vital, even more essential is honoring their message by taking immediate and meaningful action to address climate change. 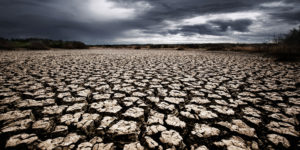 What can you do? Well, we all need to significantly reduce our carbon footprint.  But everyone putting up solar panels and driving a Leaf or a Tesla isn’t enough.

We need to raise our voices. We need to ensure that initiatives like the Green New Deal are seen as realistic, genuine efforts to address the climate crisis, not lefty fringe ideas.  We need to demand strong policies on carbon pricing, on the transition to renewable energy, and on ending fossil fuel development.

Can we muster as much courage as the 11-year old in Florida, or 16-year old Greta Thunberg?

When was the last time you talked with your kids about their rights?  How well do they understand the concept of free speech?  Start a conversation about what rights and responsibilities your kids have in your family, since they’re already familiar with that context.  It will help them to have the household standards made explicit, as a way to consider how the Constitution frames their rights in the public sphere.  Further, consider discussing how your child’s decision to skip school to take part in a climate crisis demonstration would sit with you.