What Happens When Teenagers Have Real Power? 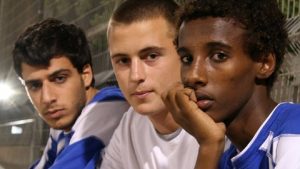 Young people in our society are marginalized. The popular concept of a teenager is someone who is immature, a pain in the rear, lazy, and narcissistic. Most likely they are permanently glued to their smart phone. They don’t do much work, but still expect things to be handed to them. And they’re often snotty, obstinate or troublesome, too.

I was struck by an article that appeared this week in the Kansas City Star newspaper. It tells the story of how a group of teenage journalists in Pittsburg, Kansas, were preparing an article for their school paper, the “Booster Redux,” about their new principal. The students set about to learn about the principal, Amy Robertson, through a series of interviews, backed up by online research.

If that was all, the story wouldn’t be particularly newsworthy outside of Pittsburg, Kansas. But what emerged in the students’ interviews was a pattern of inconsistent answers on the part of Ms. Robertson. And when students investigated the website of Corllins University, where the principal had reportedly earned her Master’s and PhD degrees, deeper questions arose.

The Corllins University website, it turns out, lists no physical address, contains obvious misspellings, and has numerous dead links. And Corllins does not appear on lists of accredited institutions. As responsible journalists, the students went back to Ms. Robertson to follow up on their concerns, only to hear further shifts in her narrative. They wrote their story to reflect what they had learned, and within days of its publication, Robertson resigned. 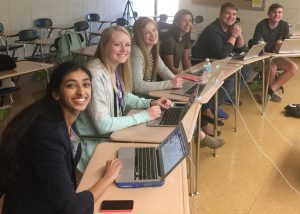 One might be inclined to wonder how the school district hiring process failed to find what the journalists found in pursuit of what was to be a simple biography. It certainly isn’t the first time a deceitful and unqualified principal has been put in charge of a high school. But personnel management is not the topic of this essay.

What is central to this story is that these students discovered that they had genuine power. In that discovery they learned a life lesson that they will never forget.  “We’d broken out of our comfort zones so much,” said Pittsburg High student reporter Connor Balthazor. “To know that the administration saw that and respected that, it was a really great moment for us.”

In my 4,000-student high school, I was a student journalist on the staff of The Daily Drudge, an independent student newspaper. Our policy was for the Drudge to serve as an open, uncensored forum for student ideas and concerns – setting us well apart from the official student newspaper. Much of our content, nearly all submitted by fellow students, lacked journalistic merit. Religious screeds, profane rants against certain teachers or school policies, and questionable poetry filled many column inches in every issue of the Drudge. 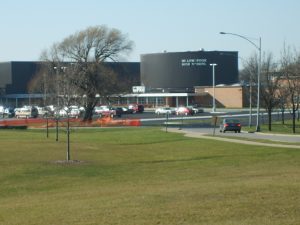 But students knew that what we published was authentic. We had the credibility that comes from being consistent in one’s principles, even if readability suffered. Students knew that anything they submitted would get published, and every issue was widely read and circulated. In this context, the few pieces written by staff stood out for their coherence and were clearly appreciated.

The Drudge, though, had disturbed a sleeping beast. A pattern of published submissions that included foul words and accusatory statements about school personnel led our principal to decree that we must stop putting out the Drudge. Or face consequences. Our response (no surprise) was to go ahead and publish our biggest issue ever. And predictably, we were summoned into the principal’s widely-feared office.

When we arrived there, we were accompanied by a gentleman in a suit. The principal, all geared up to discipline his unruly students, demanded to know the nature of the escort. And when we introduced our attorney, he visibly blanched!

We had the US Constitution on our side, and thanks to the ACLU, we were able to use that heavy but unwieldy tool to our advantage. The result proved to be a painless (for us) meeting with the principal, and a lesson learned that we had to edit out profanity and libelous statements.

More importantly, we gained the same insight into our potential power that the students in Pittsburg, Kansas gained. This episode drove me to pursue a lifelong goal of empowering teenagers. 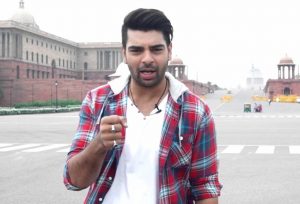 It turns out that the questioning of power structures, accompanied by a restlessness to implement change, are normal, natural parts of the adolescent experience. We misunderstand these qualities at our peril. Youth, when we understand them, can be our teachers; their tendency to agitate is a gift.

This is true on both the personal and systemic levels. If we can truly listen to youth, they will help us see hypocrisies and gaps in our positions of knowledge and leadership. And if we can truly empower young people, our society will be far less vulnerable to the kinds of dysfunction and corruption that are so prevalent in the corporate and government worlds.

Set aside a time to talk with your teenager, away from the familiar contexts that you normally share. Take her out to lunch, or go for a long walk in a park on the other side of town. Be ready to truly listen!  Express some of the doubts, concerns, or vulnerabilities that you experience as a person, outside your relationship with her. Ask her what she thinks, and solicit suggestions as to how to proceed. You don’t have to take all, or even any, of the suggestions. But this will open up (or build upon) the peer portion of your relationship. Clearly you are the parent, which is not a peer role. But as your kid grows to maturity, you want to develop a friendship with her. Be open to surprises!