The Reality of the Climate Crisis 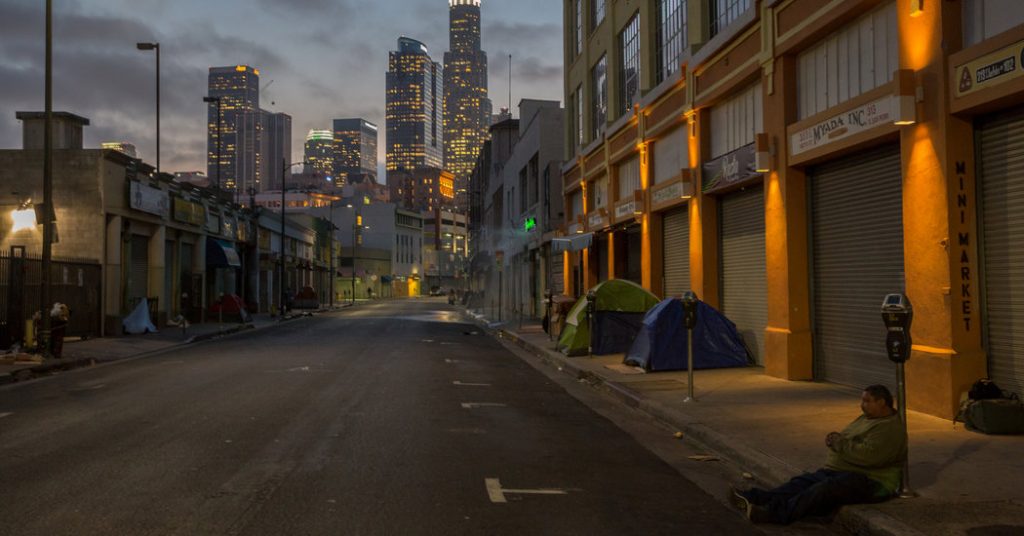 In the cool of the late Los Angeles evening, I walked through the core of the city, at one point clocking nearly a half mile without seeing a single tree or other living vegetation. Wow.

I was in LA attending a conference of the Climate Reality Project hosted by Al Gore. Being immersed in the politics and science of climate change, it was hard not to reflect on the impact of all this pavement, these thousands of acres – perhaps even hundreds of square miles, considering all the freeways and the entire metropolis. These swatches of earth are permanently smooth, hard, and impervious to rain, oxygen, and life. One wonders: What will come of all this development?

In relative terms, the atmosphere is thinner than an apple’s skin

Zoom out from this cityscape to the planet as a whole. We know that the atmosphere is but a thin layer around the surace of the globe. In relative terms, earth’s film of atmosphere is thinner than the skin of an apple. Twenty times thinner, actually. That skin keeps us alive. And it has been used, throughout the entire history of fossil fuel combustion, as an open sewer into which we discharge diesel exhaust, industrial fumes, smokestack residue, power plant smoke, spray paint propellant, fallout from bombs, fumes from deodorant, and the smoke from tires burned for heat by destitute people. 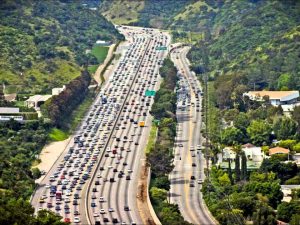 How much pavement is enough pavement?

Another metaphor for this sort of change appeared in the classic environmental book The Twenty Ninth Day, by Earthwatch founder Lester Brown. This parable involves a pond being choked by lilypads. It starts when one lily pad, overnight, produces a second lily pad. The next night, the lilies again double themselves, and so on each successive day. If the pond takes thirty days to be fully covered, and the impact isn’t really noticeable until the pond is half-covered, on what day do you recognize the problem? The answer of course is the title of the book. We have reached the point where climate change can no longer be ignored.

Yet we’re great at ignoring change. We have full lives, workdays to finish, kids to pick up, bills to pay, facebook feeds to check. Until something reaches the level at which it cannot be overlooked, it’s safe to say that it will be. Change almost has to slap us across the face to get our attention. 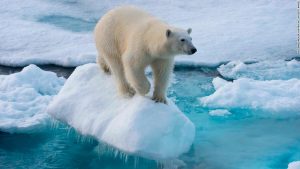 Polar bears have become an icon of the climate crisis

For me, the face slap came years ago. I was coming off a peak in the North Cascades, having spent the day roped up ascending a granite spire. Now it was afternoon, and we wearily reached the base of the massif and had to cross the glacier to get back to the road. As we started across the glacier, I looked down inside the crevasses – deep fissures that usually drop into blue ice caverns. But this time I saw granite bedrock just 25 feet down. The rock was polished smooth by hundreds of years of glacial movement – but there it was, exposed beneath the crevasse, looking vulnerable, like someone naked out in public. It was unsettling: this was not right.

Returning to town, I felt compelled to take action. Seeing time-lapse imagery of receding glaciers is striking, but I had seen a dying glacier before my very eyes. 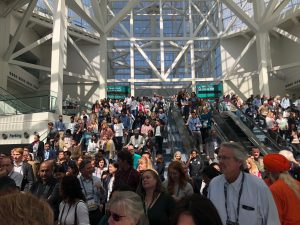 I’ve made a commitment to do something about it. This last week of August, 2018, I attended a conference of climate change activists in Los Angeles, the largest-ever training session for the Climate Reality Project. Led by former Vice President Al Gore, along with an impressive cadre of climate and environmental justice leaders, this conference was among the most powerful I’ve ever attended.

The primary message? The climate crisis can no longer be ignored.

The evidence has become widespread. We’re beyond needing scientific projections to characterize the disruption.

Worldwide episodes of drought, record flooding, forest fires, melting glaciers, hurricanes, and recod temperatures are no longer potential outcomes, they are the inescapable daily reality of 2018. And it’s not just the climate. The corollary effects of the climate crisis – including ever greater suffering in poor nations, agricultural collapse, extinctions, mass human migration, and dying coral reefs – are in our faces. 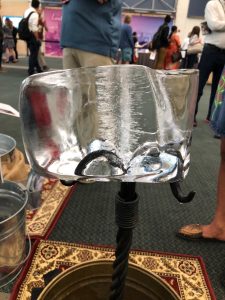 A conference exhibit made a visual point about global warming

We have reached the point at which immediate action is critical.

Fortunately, there are grounds for hope. (I have written elsewhere about hope.) Being an optimist by nature, I believe that despair is unproductive and action is empowering.

I will be writing more essays addressing the climate crisis. We know we must act. In upcoming posts, I will focus on specific actions we can take and concrete ways we as individuals can effect change.

But in closing, here’s a preview: We cannot fix the climate crisis by using less electricity, buying electric cars, or picking up litter. These are all valuable and important things to do. But the urgency of the situation calls for systemic change: In a real sense, this is our twenty-ninth day. Which means we have to change public policy, not just personal practice. We need to get our governments, at all levels, to recognize and take action to address the climate.

Thanks for reading! Please feel free to comment on this piece to let readers know your views on this critical issue.