Notes on an Ecological Catastrophe

I spent a half hour this morning in the company of a hummingbird. This is unusual. Mostly I see hummingbirds zipping past on their way somewhere, flitting and probing from one flower to the next, or performing grand sweeping dives, chattering in pursuit of mates. 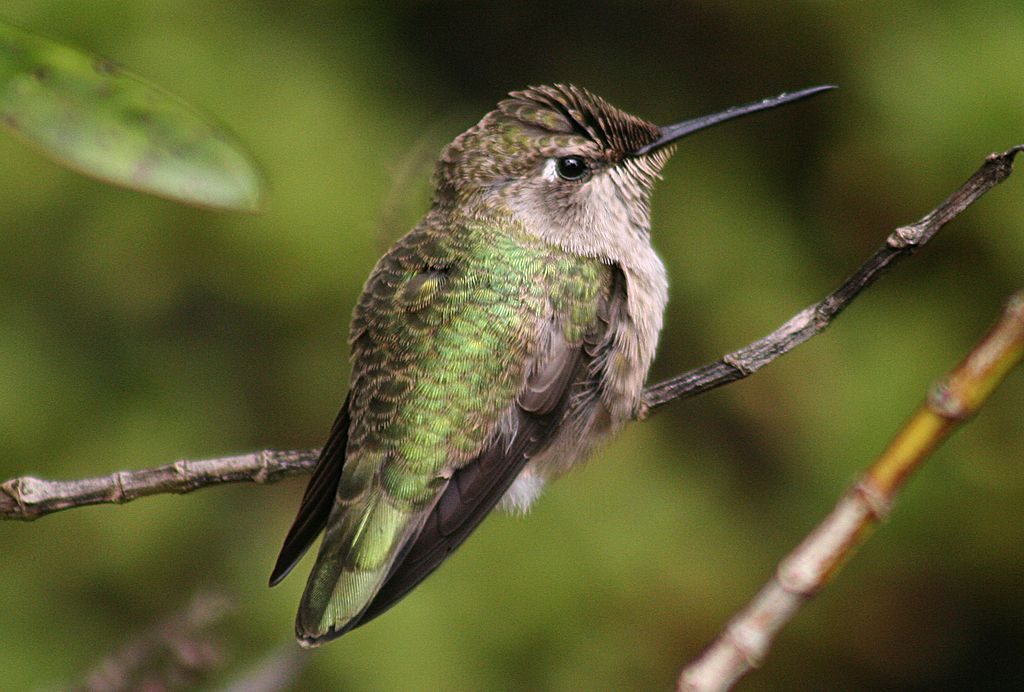 But today was different. As I sat by the water’s edge for my morning meditation, this amazing creature landed on a branch a few feet in front of me, and stayed. She looked around, just like I was looking around. She preened her belly. She shifted position, just as I sometimes do to stay comfortable. She stretched her wings. She looked around some more. When she finally flew off, I glanced at my watch: she’d been sitting there with me for twenty-seven minutes.

Our time together seemed like a blessing. This tiny, fragile, animal was unabashedly taking care of herself on a fine morning. Yet my ability to witness her going about her business provided a glimpse into her personal life. The territory within which she feeds, mates, and nests is forested and beautiful. I don’t suspect she has the capacity to register the ominous clouds on the ecological horizon that nagged at me as I watched her. 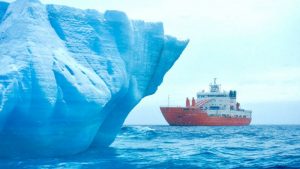 The current outlook on our planet’s health is discouraging at best. While we have generations of awareness of habitat loss and extinction, air and water pollution, and the impacts of deforestation and fossil fuels, the crisis of climate change has only in recent years reached the broader public consciousness. The picture isn’t pretty. The epitome, to me, of this global disaster is the opening of Arctic shipping lanes where there should be year-round ice. The burgeoning traffic of oil tankers and freighters in the arctic is driven by relentless commerce, which is like using the body of one crime victim to commit another crime.

Worse, these massive ships carrying immense tanks of oil are moving through unfamiliar waters supplied with almost zero emergency response capacity. Which means that, when an inevitable mishap occurs, a pristine ecosystem will be damaged. Drastically. 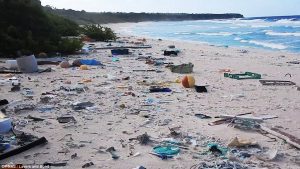 How do you face such a threat, when it’s just one of thousands of depredations that threaten our food welfare, our transport systems, our health, our peace, our safety?

I believe there are two paths to sanity in this insane world. One is attitudinal and one is pragmatic. Neither involves accepting the mess we’ve created.

In our hearts and minds we must manifest an attitude of hope. Hope is not a luxury available only to those who have lots to hope for. In fact, the opposite may be true. The bleaker the situation, the more hope is needed, and the more vibrantly hope shines from the human spirit. We all have the capacity for hope. But it’s easy to lose that light in discouragement, and difficult to hold it in the face of overwhelming loss.

The most telling example of hope, to me, is in survivors of the Holocaust. When death was everywhere, when injustice and prejudice were lifted to a chillingly systemic prominence, some individuals persevered. They did not enjoy the luxury of hope, they held tenaciously to a hope that was fragile and unlikely. They demonstrated a strength of spirit that was itself a healing force. And not just healing to themselves, but to those around them. Many of these people, in the years after the war, became tireless advocates for human rights and justice. 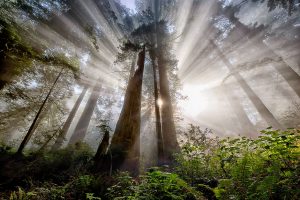 So hope is not only available, it is a force we need to stay alive and focused in times of vast destruction and moral wrongs. Hope is a choice, often a hard one. But we can cultivate strategies to keep it alive.

As an environmental educator, I find hope in observing the complex renewal systems of the natural world. They are everywhere, and they unfailingly demonstrate how a crisis at one level of the system represents a transformative force at a different level.

A huge tree blows over in a windstorm, marking the end of its life. Yet the surrounding forest surges forth into the well of light created by the fallen giant. A fire rages across a prairie, blackening everything and killing countless animals and plants. The ground gains nourishment, invasive species are controlled, and the burned ecological communities reappear in due time. And on a grander time scale, a shift in solar winds puts the planet into an ice age, driving cold-intolerant species toward the equator as winter predominates. Eventually, the temperature trend reverses, migration patterns turn around, and biodiversity explodes.  (This last dynamic is not to be confused with anthropogenic climate change!)

These ecological forces are in constant flux. We are part of them. Even as Nature is being damaged, her life force wells up within us and our environs, over and over again.

The practical response to how to live responsibly in the midst of an ecological catastrophe requires keeping your eye on the prize. And the prize to focus upon is a healthy, resilient, joyous and sustainable human community, functioning in harmony with its host ecosystems. Here are eight ways to move toward that goal:

Listen and avoid polarization.  The divisions that stymie constructive problem resolution are rooted in our tendency to polarize: someone who disagrees with us starts seeming untrustworthy, and sometimes, by extension, evil. This tendency is fed by distance; neighbors share common concerns, and have known qualities that offset divergent opinions. People at a distance are easier to paint with a broad brush. Further, media outlets sell more ads when publicizing controversies that rankle. And politicians amplify the perceived threat of “the other” to motivate people through fear. 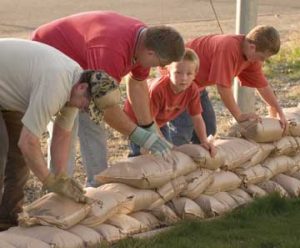 We need to resist this tendency. We are all human and ultimately we’re in this together. Listening to and hearing out an apparent adversary can be powerful. Holding common ground keeps lines of communication open when differences arise. Thus when dealing with those with different values, it’s more effective to address shared issues like the need to be heard, to have safe foods, and for ethical leadership, than highly charged and inflammatory topics.

Connect with people and build community.  Following from the above, our greatest strength in defending against corporate travesties and governmental injustices is our unity. Acting in isolation makes it hard to change the world. Be part of community organizations, take part in service projects, sit on nonprofit boards, attend fundraisers, rallies, and marches. 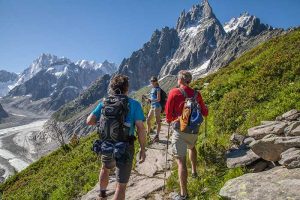 When we act like we’re all in this together, we bond. This is often easier in remote communities, but urban neighborhoods can be powerful too. A support network requires little agreement, just a common need, like protection from wildfires, emergency medicine, or reduced street crime. Engaging with your community cultivates both new and old relationships, while also giving us people to call upon in tough times.

Stay close to the earth.  Nature is increasingly becoming recognized as a source of psychological health and healing. We are renewed through time spent in nature, whether we’re birdwatching, mountaineering, hunting, or just walking in the park. The relentless surge of life, whether it be a nest of hatchlings in the back yard, the speedy growth of a sunflower in the garden, or the bloom of weeds in the driveway, is testament to the life force that also animates each of us. The more we connect with that life force, interact with it, and celebrate it, the healthier we are and the more energy we have to address social and environmental problems. 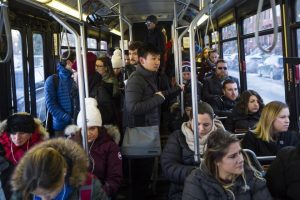 Minimize your ecological footprint.  This perhaps goes without saying, since anyone concerned about the planet is probably already doing all they can to conserve energy, consume less, and limit their production of waste.   Yet without making austerity a religion, there are always steps those of us in the developed world can take to nudge our lifestyle closer to sustainability. Maybe take an additional day each week to leave the car at home, or to skip the consumption of animal products. Grow food, buy local products, repurpose your old stuff.

The beautiful thing about shrinking your consumption is finding the hidden rewards that emerge. Riding a bus allows you to meet neighbors. Turning off the TV and going for a walk helps you stay fit. Picking up a musical instrument instead of surfing the web activates different neurons and stimulates creativity. 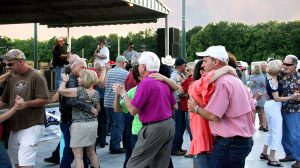 Savor culture.  Someone once observed that the environmental movement was like a hospital with only an emergency room; it responds to crisis after crisis but does not do enough to build long term health. We can counterbalance this tendency by living richly in the company of books, music, live performances, and our own creative endeavors. Many of the issues we face are not fundamentally new, but contain archetypal and tragicomic elements.

By delving into stories and other expressions of culture – ours and others’ – we may find unexpected insights, while also being entertained. And entertainment is not selfish. It is another vital means of self-care, giving us strength to face the difficult work of healing our world. 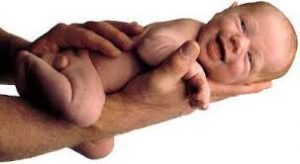 Focus on the long term.  The renewal systems of nature share one essential quality: The arc of time to heal cannot be eliminated. We often forget this in our rushed culture, but things that move slowly can be celebrated for their pace, rather than appearing as obstacles.  Life does not emerge instantly. There is a process of incubation, of subtle formation and development that necessarily underlies change. Honoring the unseen helps align us with the formative processes that we need to heal the planet.

So plant trees, and know that you may never enjoy their shade. Pull invasive species even if it may be generations before they can be fully eliminated. Continue speaking your truth about sustainability, regardless of whether your audience is always receptive. If you avoid polarization, sharing your perspective may not be transformative, but it will carry the conviction that you feel.

Take to the streets.  Activism can be a full time job. But it doesn’t have to be; every action counts. We all have something to add to the public discourse, from writing occasional letters, to testifying at hearings, to running for office. Democracy requires participation, so if we want democracy, we – all of us – have to take action. I’m reminded of a study done in the Reagan years in which kids were asked how likely nuclear war was. Those whose parents weren’t politically engaged accepted the prospect of a radioactive holocaust. Those whose parents were activists held much more faith that a catastrophe could be avoided. We owe it not just to our kids but also to our fellow citizens to stand for a just and sustainable world. It is very clear that those exploiting our resources are not idle, so we really can’t be either. 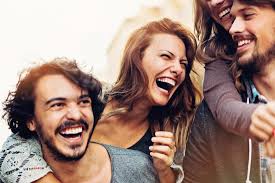 Stay positive and celebrate joy.  The problems of the world can be overwhelming. And they must be faced with open eyes and candor. Yet even in the midst of discouraging trends, don’t allow yourself to be sucked into helplessness.   If we get depressed, that means that they’re winning, and succumbing to apathy simply transforms you into another symptom of our cultural malaise. Humor enlivens people and play keeps us energized. Read funny stories, watch comedy, laugh and love and explore and relax.

Note:  This essay has been in my mind for a while, and completing it was stimulated by a friend of a friend who was feeling discouraged about the state of the world today.  You now have a sense of how I cope.  But what do YOU think?  I’d be grateful if you posted a response below!  This would help me to know which ideas were most useful, and would help other readers gain additional perspectives.  Thanks!