A new tax bill stumbles its way through our deeply-divided Congress, moving toward enactment despite minimal expert testimony, limited disclosure of its contents, and no bipartisan support. There are dozens of things one could challenge about the content of the tax bill or the process by which it is being formed. But I wonder, given how torn our country already is: “How might this legislation help move us toward greater humanity, as a nation?” 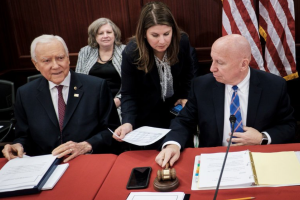 Humans have the capacity for great compassion, but also, unfortunately, for great cruelty. There are many inhumane stories in the book of human history, among the most graphic of which are the genocide against the Aboriginal people of North America and the Holocaust in Europe. Both of these horrific episodes demonstrate the cruelty of which people are capable. And we live in a society where there is a massacre just about every week.

Rabbi Abraham Heschel knew cruelty, having lost his mother and three sisters during the Holocaust. Heschel asserted that: “In regard to cruelties committed in the name of a free society, some are guilty, while all are responsible.”

It is hard for good people to make sense of how humans can commit acts of torture, genocide, and oppression. Yet the historical record is filled with such acts. And despite all the advances we have made in technology, in diplomacy, and in economic development, we have not outgrown cruelty, as a careful look around the world indicates.

Such a look reveals issues that are both more widespread and less visible. Economic inequality is the most impactful issue, and it somehow manages to be both ubiquitous and underreported. One might reasonably ask, “Is it fair for a CEO to earn 20 times as much salary as his or her average employee?” Perhaps so… this happens to be the ratio that was in effect in the America of 1967.  Today, the typical CEO salary is 380 times that of the average worker. Think about that: The CEO earns more in a single day than the average – not the lowest paid, the average – worker earns in an entire year.

Unfolding this picture, the image gets worse. In America, the most prosperous one-fifth of the people own 93% of the wealth. 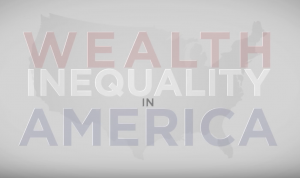 This bears reiteration in the reverse. Eighty percent of Americans collectively own just 7% of the assets in our country. And while economic imbalance is more pronounced in the USA than in any developed nation, trendlines show that the economic dominance of the wealthy continues to grow.

Perhaps if people were fully aware of this situation, it might change. Yet for the most part, we are unaware of the extreme levels to which wealth imbalance has risen. This video graphically demonstrates the distance between perceptions and reality when it comes to income distribution in the USA. Even if you have already seen it, watching it is well worth 6 minutes of your time. And keep in mind that the imbalance described in this 2012 video has worsened since.

A Scientific American article from March 2015 reported on a series of studies addressing economic justice. This piece shows that we overestimate the level of upward mobility that exists in America. It offers data that undermine the myth of meritocracy – the idea that enough talent will get you rich. These misperceptions perhaps make us more accepting of economic inequality. The article also includes George Carlin’s perspective on the subject: “The reason they call it the American Dream is because you have to be asleep to believe it.” 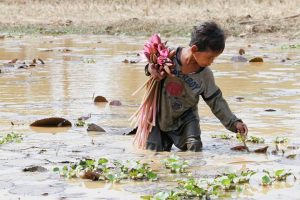 Rabbi Heschel’s message should be kept in mind as we look at the sweatshops in Asia where our clothes are made; the mines in Africa where metals for our cell phones are mined; the plantations in South America where our coffee, chocolate, and bananas are grown. The issue is not a simple one of good versus evil; after all, those workers all need jobs to feed their families. And guilt by the prosperous does not succor the suffering. But awareness of the larger whole of humanity is vital to having a purposeful and just life.

We have to look beyond black and white. One intriguing thing about Heschel’s statement is that he distinguishes between guilt and responsibility. It is common today to believe that someone whose values are different from yours is necessarily your opponent. Polarization is everywhere: Red states versus blue states, hunters against tree huggers, Christians against Muslims. But that way of thinking is a trap, and it blinds us to the humanity that we all share.

Paths out of poverty exist. They include health care, education, safe neighborhoods, childcare, and above all, economic opportunity. But all these are being reduced, not expanded, in today’s America.

Which brings us back to the new tax legislation being hammered out in Congress. This massive bill represents a major shift in priorities away from funding health care, education, and economic opportunity. It will surely increase the wealth of the wealthiest and of the corporations they own… and if you think a reduction in corporate taxes will end up in the paychecks of workers, well, you might have missed a couple of your basic economics classes. 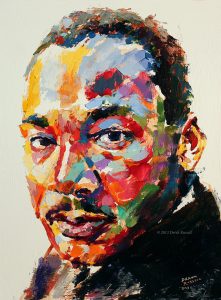 The good news is that, although political momentum has not yet built enough to drive change, there is consensus on the need to address economic inequality. Most people agree that a more balanced society would be preferable. And, when polarized left- and right-leaning voters are polled, the issue they most agree needs fixing is the economy. (See my essay on finding common ground.)

As wonderful as America is, Americans need to do more. Where there is positive change, it is because individual Americans are working to restore fairness and economic justice. A Baptist minister named Martin Luther King, Jr., known for his advocacy for brotherly love and human dignity, said “Justice is love, correcting that which revolts against love.”

As compassionate, people, as loving, good-hearted human beings, we need to respond to King’s call to justice. And justice can only manifest if there is economic fairness in our society.