Not Out of the Woods Yet 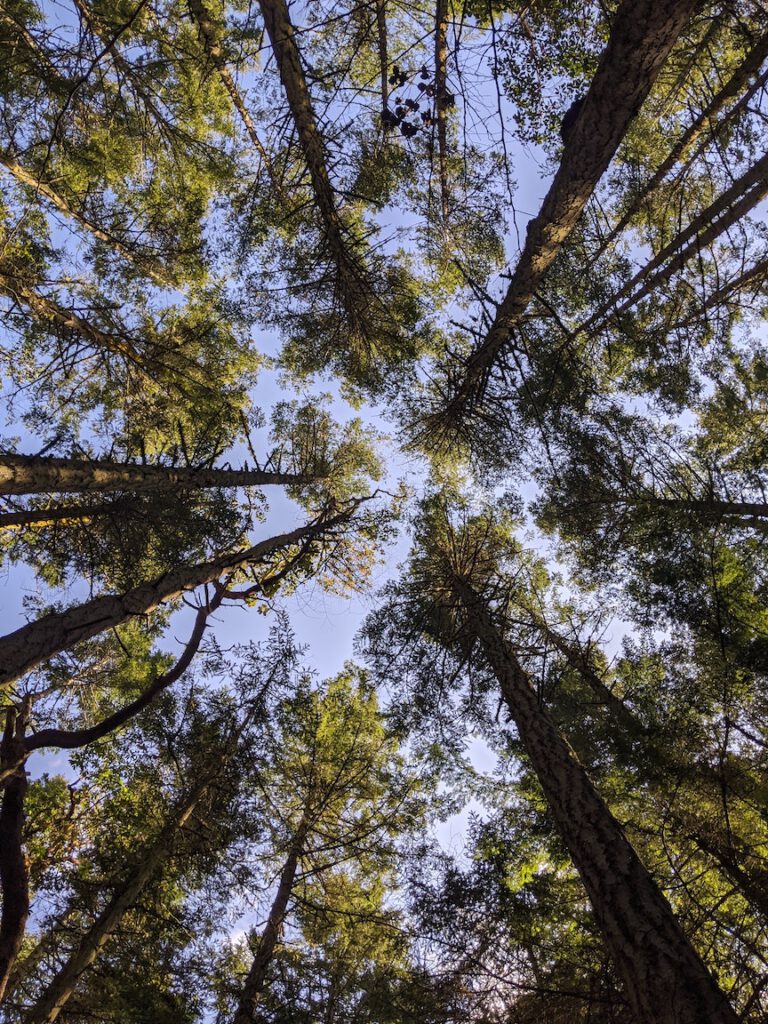 Is it any surprise that walking in the woods is good for you?

There is a Japanese term – “shinrin yoku,” I think – that, when translated into English, becomes “forest bathing.”  It refers to the healing practice – and now a health trend reaching far beyond Japan – of walking in the woods for one’s physical and psychological benefit.  When I was out wandering in the forest the other day I came up with another term for this activity: being.

As I drifted through the woods, tracing the soft line of an unmaintained trail, I was transformed by my exposure to beauty, to oxygen, to the spirits of the trees, to the rocks and mosses and ocean vistas and clouds and sky and the golden light of evening.  I experienced the uplift of wanting for nothing and of taking everything in with an unencumbered presence.  My primary experience was one of resonating deeply with the place.  I felt incredibly alive.

No labels, theories, or justifications were needed.  Just being.  One could certainly characterize it as a form of therapy… but I’m happy with just “being.”

As I reflect on that afternoon, I find that there were several different versions of myself traipsing along that forest path.

The “woodsman” took note of the trees and how much woody debris had accumulated on the trail since my last visit.  The woodsman’s eyes traced a route for travel that mostly followed deer paths.  Here and there the woodsman cleared a branch off the trail or paused to uproot an invasive plant. 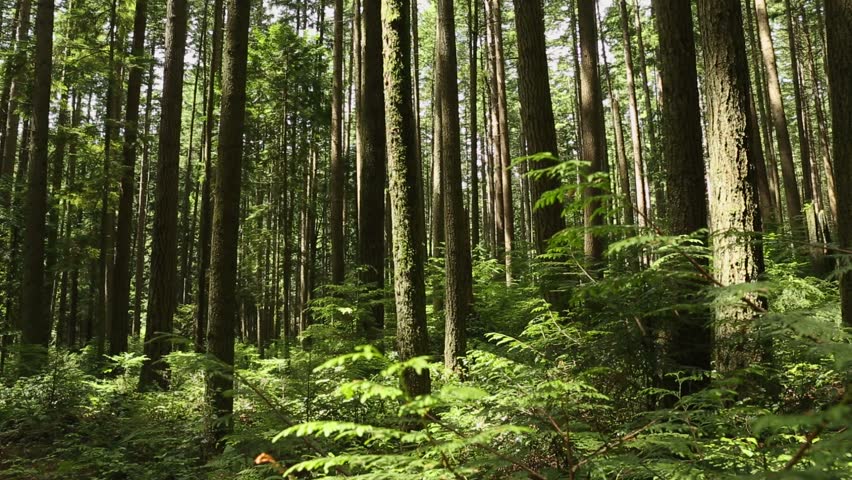 The “druid” felt the earth beneath his feet and breathed in reciprocal accord with the plants.  The druid’s ears took in the sounds of the place: small rustlings, sweeping winds, the odd engine in the distance, the predominant silence.  Occasionally the druid would stop.  Listen.  Breathe.  Savor the perfection of Nature in a moment of reverent awe and wonder.

The “bull moose” was attuned primarily to the bull moose.  He thrashed along largely oblivious to any subtleties beyond good footing and not getting poked in the eye by protruding branches.  The bull moose had no time for, nor inclination toward, the ecology or spirituality of the place, but took the form of a compulsion to move and make headway through the tangle.

Woodsman, druid, bull moose: each is part of my overall persona.  They – along with multiple other inner personae – comprise the wholeness that is me.  Interestingly, during this particular exercise in being, I discovered myself to be more able to shift between these roles than usual.  It seemed oddly easy to shift into woodsman when routefinding demanded it.  Or to rise into my inner druid at the sight of a gnarled branch whose contortions recite the poetry of its struggles.  Or, as darkness approached, to let the bull moose charge forward to avoid being caught out past dusk.  The fluidity I experienced between roles made me wonder about creating a sort of ego lubricant to facilitate smooth and responsive shifts in mood and outlook. 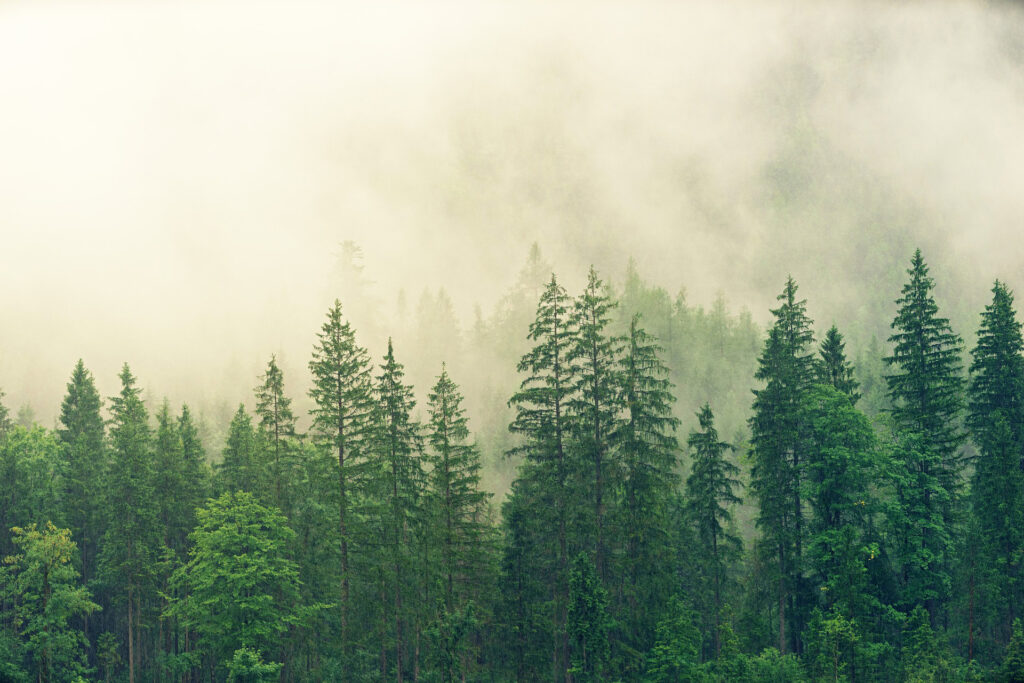 Playing with this idea, it came to me that perhaps a lubricant wasn’t the answer for shifting perspectives, but rather a well-adjusted clutch.  A way to momentarily disengage from whichever sensibility or persona or emotion is currently in charge, and after a brief pause, return to the same situation – but coming from a different inner place.

Perhaps this clutch is a moment of silence.  Of breath.  Of being?

What if, one wonders, this clutch for quickly altering one’s perspective was fully developed?  What kind of transformations might become possible?  From distraction to focus?  From anxiety to acceptance?  From irritation to forgiveness?  From competition to compassion?

Herein may be one of the secrets to living a more fully-present life:  The capacity to smoothly shift from a limited perspective into a more expansive orientation.

Walking in the woods seems to help uncover that secret.

It might be coincidence, perhaps fate, perhaps a hidden logic…  Yet somehow, in a single day, I encountered the same odd metaphor in two very different places.

The metaphor:  Viewed from within a plane, a circle can only be seen edge-on, and it appears as a line.  Add another dimension that allows you to look down upon the plane, and you become able to see the circle.  But you still cannot perceive a sphere except (perhaps) as a circle that shifts in size as that circle passes through the observable plane.  Shift into a third dimension, and you become able to see the full sphere that simpler, more limited views had no way of perceiving.  Similarly, a cylinder could, viewed from two dimensions, appear as a circle, as an ellipse, or even as a rectangle depending on its orientation to the observed plane.  Only by adding a third dimension to one’s view can the cylinder as manifest in three dimensions. 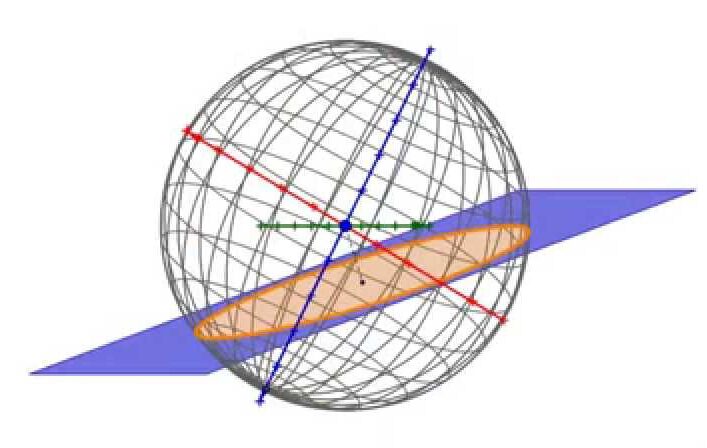 The point:  There are things in the world that are real and complex and relevant that, until we enrich our perspective-taking capacity, we have no tools for registering – let alone understanding.  We cannot see the whole picture from a constricted perspective.  And there are likely complexities that we have not yet become able to perceive.

The first place I encountered this metaphor is in the book “The Soul of a New Self,” which unabashedly explores steps toward spiritual enlightenment.  In the chapter I just read, the author (Jeff Carreira) uses the metaphor to discuss getting outside one’s ego-mind and coming to perceive the unitary nature of existence.  From this larger view, the ‘self’ is an idea, but not one holding any special meaning.  Once we become able to see the ego-mind from outside and above, we can accept the pointlessness of attachment, of separation, of dualism.  This unitary consciousness is transformational to those who reach it – but it’s invisible to those able only to view things through their ego-mind.

The second source using this metaphor was a talk by Daniel Schmachtenberger.  Schmachtenberger’s series “War on Sensemaking” has me fascinated, inspired, and hungry for more.  He uses the dimensional awareness metaphor in an epistemological rather than spiritual context, but the same implications are at play.  When we can only grasp a certain limited view of the world around us – because, in his words, we have given up our sensemaking capacity in return for a tribalism that does our sensemaking for us (and that tribal perspective is intentionally narrow to reinforce tribal over liberatory values) – entire dimensions of understanding are obscured to our view.

Is all this dimensional shift stuff esoteric?  Perhaps.  Profoundly important?  I think so.  Is it relevant to the pursuit of awareness and the growth of perspective-taking capacities?  Absolutely.  In both spiritual growth and epistemological understanding, it seems possible to turn circles into spheres by stepping back from long-held worldviews and incorporating more inclusive or even transcendent perspectives.

Whether it is letting go of our ego, being more present to our inner selves, building spiritual receptivity, or taking responsibility for our way of perceiving the world, we will likely need a clutch of some sort to disengage from our narrow views and discover the more expansive awareness that awaits us.

Ahh, but by now I have wandered into a remote and thick forest of complexity.

There is a strange beauty here. 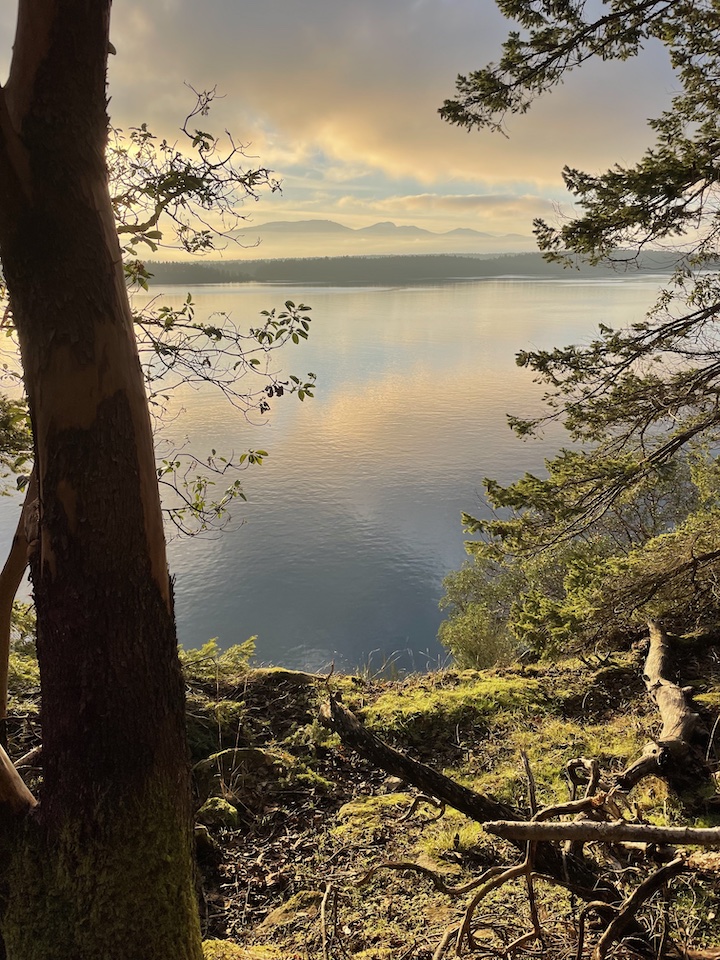 Yet always when I enter these wild places of the mind, part of me stays connected with the immediate and consequential events of the world.  The injustice.  The compromised ecosystems.  The military incursions.  The corporate influence.  The breakdown in civility and discourse.  It is not enough to simply obsess about self-reflection, analysis of the media, or spiritual development.  We are called to be in service to the world.  My sense is that these deep forests of inquiry may provide a certain oxygenation to the struggles of humanity and planet.

Might it be possible to carry a meme back from our foray into these woods of being?  Perhaps a meme that stimulates compassion?  Selflessness?  Forgiveness?  Receptivity? Appreciation?  Can we get that meme to go viral?  We have all these amazing capacities within us… but we keep getting caught up in superficial things.  Could we somehow trigger a radical expansion of their prominence and cause a global expansion of love?

I think that if the forest had a voice, it would say “yes.”