This is not a political essay. I have no desire to add to the cacophony of Internet political punditry. Nor do I want to use this platform to take sides in our hyper- polarized national dialog. 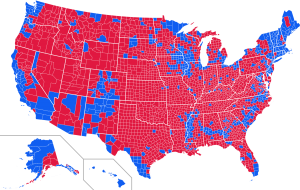 But having just voted in my eleventh presidential election, I’m left with a bleaker outlook on national politics than ever. As an educator, I see the mess we are in as a product of the anti-intellectualism that has taken hold of our country.

Fact: Our educational system is failing to produce an informed and rational electorate.

This is not a partisan statement. I am an independent voter committed to voting for the best person for any given office. Party affiliation means less to me than integrity, judgment, effective communication, attention to the common good and to the long term benefit of all. On my most recent ballot, I voted for candidates from three different political parties. Those candidates weren’t all awesome; we know that politics means choosing the best from among limited options.

But it takes more than candidates to make a democracy. It takes a body politic that is informed, judicious, able to grasp complicated issues, and willing to look beyond the superficial. We are failing to meet this basic need.

Thomas Jefferson wrote in 1820: “I know no safe depository of the ultimate powers of the society but the people themselves; and if we think them not enlightened enough to exercise their control with a wholesome discretion, the remedy is not to take it from them, but to inform their discretion by education. This is the true corrective of abuses of constitutional power.” 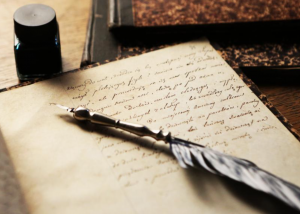 Back when I was in high school, the Viet Nam war was in full swing – and was highly controversial. My social studies teacher set up a mock debate in class to engage students in the topic. Great idea so far. But he gave each student equal time to make an argument. Not each side, each student. Since nearly all the students in my conservative area were pro-war, the one anti-war voice – mine – was drowned out by 29 pro-war voices.

This illustrates something called an equivalency fallacy.

An equivalency paradox is evident in the climate change debate. Something like 97% of competent climate scientists are in agreement about this critical situation. Yet our media, candidates, and often voters view it as an issue with two sides, and erroneously tend to weigh them equally. I’d like to think that the American public understands that many things that are different are unequally different, but that does not appear to be the case.

This is just one example of anti-intellectualism taking root. Another is that the public seems to casually abide, rather than confront, falsehoods spread by candidates. Repeating a claim over and over again, despite the fact that it is not true, distorts dialog and undermines rational discourse. Such was the case in this most recent election, not just in an unprecedented number of false candidate claims but in the spread of fake news snippets passing as authentic. 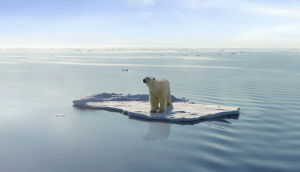 This illustrates something called “The Big Lie” propaganda strategy.

This term, coined by a certain famous German leader, illustrates that if a prominent enough source takes a false position, and is unremitting in its assertion of that lie, it carries weight with the public – even if there is no truth to support it. Some of the lies repeatedly asserted in the recent campaign include the ideas that African-Americans are responsible for most white homicides; that during the 9/11 attacks, thousands of people in an Arab community in New Jersey were cheering; and that voter fraud is a significant issue. None of these things have any basis in fact. But their repetition absolutely influenced an election in which critical thinking on the part of voters was lacking.

One other example of anti-intellectualism is the substitution of appearance for reality. Essayist Noah Berlatsky calls this the “priveleging of meme over meaning,” and it takes the form of repeated phrases that trigger a response without really saying anything. When candidates generate catchphrases and repeat them endlessly in their speeches, they are avoiding fact-based explanation – which saves ovine voters the need for rational consideration. And in a society increasingly driven by social media, meme-based interaction and quick, off-the-cuff responses take precedence over more thoughtful, carefully considered dialog.

Though there is more to our anti-intellectual bias and our failure to prepare informed citizens, I ultimately return to my experience as an educator. Over four decades of teaching, there are three democratic principles I sought to instill in teenagers. 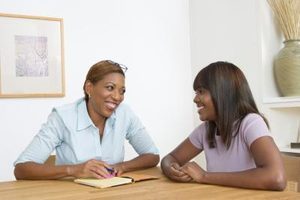 The first is that how we treat each other matters. We must take responsibility for civil, ethical, and respectful treatment of others. When prominent candidates engage in the kind of bullying and name calling that no healthy family would accept in a 14-year-old, this is more than a stylistic issue. It illustrates a failing of character that is directly relevant to the ability to lead. That such low conduct is acceptable in national leaders is an indicator of a deeply troubled society.

The second is that factual information matters. A basic understanding of the US Constitution and the system we call rule of law – by both candidates and voters alike – is, as Jefferson understood, a preprequisite to the functioning of a democratic nation. Similarly, the capacity to ask tough questions and evaluate responses for their veracity is essential. That we have come through an extended campaign season in which a basic understanding of our system is lacking and tough questions are avoided illustrates that democracy in America is in deep jeopardy. 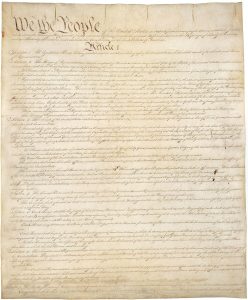 The third is that how we conduct our business matters. Role modeling is the most basic and powerful form of teaching, and similarly, effective leadership is rooted in the integrity and comportment of a reasoned and thoughtful person. Blatant dishonesty, participation in business scams, and a sort of go-it-alone arrogance, are incompatible with ethical leadership and a healthy democracy. We as a people seem to have overlooked this fact.

America is in trouble.  Clearly, we need to recalibrate our electoral priorities toward the very non-polarized values of integrity, judgment, effective communication, attention to the common good and to the long term benefit of all. But perhaps we could start by applying these three democratic principles, and by so doing ensure that our candidates – and our voters – first show that they are qualified to be responsible teenagers.