The Why of It All

Every day, something like sixty million children in the USA head off to school.

If you’re a student or a teacher or an administrator, school is what you do.   But as our world transforms around us, a lot of bright kids aren’t inspired and don’t feel a sense of purpose in institutional schools. They are asking this question, and they deserve an answer. What happens when we shine a light on the why of it all?

We know that our school system emerged in the 19th Century with the growing idea that every child needed an education. *

Initially, the Enlightenment-era ideal was to generate a literate and informed populace, consistent with the emergence of scientific thinking, participatory democracy, and religious pluralism. This ideal was applied selectively under the power structures of the day, but it had a certain visionary quality.

As schools became more widespread, standardized, and compulsory, they began taking on the ethos of the Industrial Revolution. Students needed to gain the capacity to become effective workers and contributing members of the economy – a goal very different from one of broad intellectual development.

And in the 20th century, schools became essential providers of daily childcare as it became commonplace in our society for both parents to both be working jobs or for children to live with just one parent – adding another purpose for schooling that contrasts greatly with the above goals. 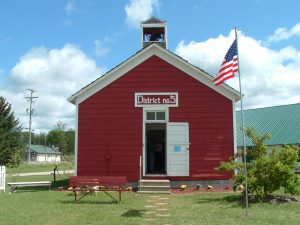 Crucial things are missing from this picture.

We owe questioning kids a better answer to the ‘why’ question.

My high school years were spent in a massive facility with 4000 peers. It was a classic institutional school, one I narrowly managed not to get kicked out of. I spent a lot of hours wondering why I was there. When I think back to that time, the experiences that stand out as most educational have little to do with the math, English, science and social studies that I was supposed to be learning. 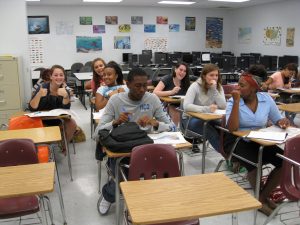 I left high school with a powerful desire to somehow figure out a way to make school more responsive and real-world based, so that students could gain what I think of as a real education, and to gain the capacity to become positive and powerful change agents.

I’d like to further explore the purpose of education in the 21st Century, but I’m running out of room. So I will end with a quote from David Orr of Oberlin College:

The planet does not need more “successful” people. But it does desperately need more peacemakers, healers, restorers, storytellers, and lovers of every shape and form. It needs people who live well in their places. It needs people of moral courage willing to join the fight to make the world habitable and humane.

I have made use of Orr’s perspective, among others, to guide a lifetime of educational leadership. And we still have a very long ways to go.

In future posts I will delve further into the purposes of a 21st Century education. Between now and then, please feel free to share your thoughts!

* (Every child, of course, meaning white males. Schools only later included girls and students of color. On a separate note, forcing of Native youth into residential schools was more an act of oppression than of education – a topic for another day.)