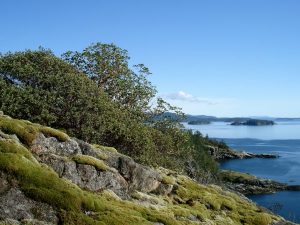 Acheewan of the Lamalcha was erroneously identified as a suspect in a murder that took place on Saturna Island. Although he was nowhere near the site of the murder at the time, he was known to oppose British expansion into his territory. Acheewan was pursued by the British, policing the region from their base in Victoria. Acheewan’s Lamalcha village was shelled by a British warship until the longhouses were completely destroyed. He was later hunted down and captured, then tried and found guilty, for a murder he did not commit.

Leschi of the Nisqually, after his people had been repeatedly banished to smaller and smaller reservations, felt that he must act. So he organized a band of his people to rebel, attacking the then-small settlement of Seattle. The attack was met with mortars from naval ships, so Leschi retreated. After being pursued, Leschi took shelter with the Yakima east of the mountains. However, his location was betrayed to the government by other Natives and Leschi was apprehended, tried, and hanged. 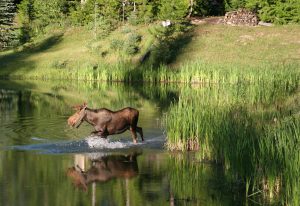 Hemas Kla Lee Lee Kla of the Kwawkgewlth was arrested while participating in a potlach – an ancient spiritual tradition of gathering that encompassed intertribal social, political, and economic exchange – simply because the ceremony had been banned by white settlers. Hemas Kla Lee Lee Kla and twenty other ranking chiefs were tried without representation, physically abused, and imprisoned for six months for the crime of taking part in a potlach.

Each of these individuals, and their nations, suffered the loss of essential human rights, and they are yet just three examples of the massive tyranny and genocide that has defined the interaction between European settlers and the original peoples of this continent. 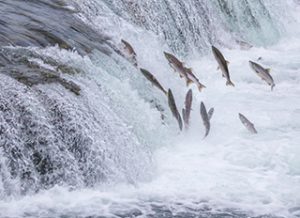 There are thousands of stories like these. There are millions more Aboriginal people whose stories will never be told because they died of European illnesses for which they lacked antibodies. Some estimate that over 75% of the original people of Canada – as many as 100 million people – succumbed to smallpox, tuberculosis, influenza, and other diseases that had previously been unknown in North America.

Some early settlers wrote of arriving in remote villages where no European had visited and finding them already completely deserted from epidemic. In some cases, infection was not simply a result of biological transmission of disease, but a willful act by settlers – a form of biological warfare. But even where illness passed organically through Native communities, the result was the same: The vehement and righteous opposition by Native people to the theft of their lands was weakened or even eliminated. 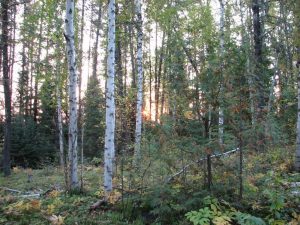 Bev Sellars, in her excellent 2016 book Price Paid, enumerates the struggles of Canadian First Nations people to assert their land ownership over two and a half centuries of European settlement. When the first explorers came through, Sellars writes, they were mostly greeted with kindness and curiosity by Aboriginal people. Sellars describes how a man named Simon Fraser survived his journey down the river known as Setekwe only due to the support of Native people. Villagers along the river provided Fraser with expert guidance through the rough stretches of river, while also supplying his team with food, medicines, and canoe-repair strategies. The outcome? Fraser is seen as a successful pioneer, and today the river he explored is known by his name.

It was only when settlers began to outnumber Native people, sieze their lands and resources without due process, and outlaw traditional practices, that widespread oppression began in earnest. In Price Paid, Sellars’ chapter headings form a strikingly succinct history of First Nations/European conflict. For example:

Although the oppression and mistreatment of Aboriginal people continues to this day, the last of Sellars’ chapter headings mentioned above hints that the tide appears to be turning – finally – toward recognition of First Nations rights. A new ground of long-overdue reconciliation is beginning to appear. 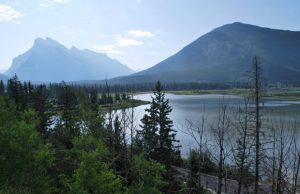 One element of this shift is UNDRIP – the United Nations Declaration on the Rights of Indigenous Peoples, signed into international law in 2007. Perhaps not surprisingly, alongside the 144 ‘yes’ votes that ratified UNDRIP, there were four ‘no’ votes, including the United States and Canada. By now the objector nations have mostly laid down their opposition. Yet this fact hints at the continued struggle for Aboriginal rights on our continent.

In any case, UNDRIP sets a new standard for the treatment of Indigenous peoples worldwide and lays out the groundwork for re-establishing the human rights and self-determination of Native peoples. UNDRIP is a vital step in the right direction. Yet it will take much more than this initiative to address centuries of exploitation.

What is perhaps most amazing about the history of First Nations is their dignity and perseverance. Against all odds, through generations of unjust treatment, despite social and economic strife, Aboriginal people have kept up their efforts for justice. Even facing travesties like having their children incarcerated in residential schools (the topic of an earlier book by Sellars), First Nations people have endured. And they have kept an impressive amount of their culture intact, including spiritual wisdom, ethnobotanical knowledge, language, and traditions.

Wherever one stands in North America, and arguably the world, one stands on sacred ground. The lands we call home, though still widely used by Native people, were regarded by them as holy – part of the seamless fabric of Creation. Life in North America was historically woven into that sacred web of life, of which humanity was considered a part. 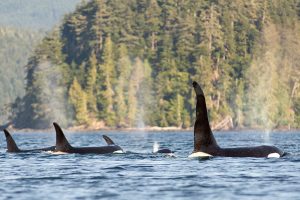 The European mindset that settlers brought and that still dominates holds humans apart from Nature. Settler culture logs forests without consciousness of forest ecology; paves the ground without thinking of the life forms in the soil; and sucks oil from the earth to fuel manic lifestyles that consume resources at unsustainable rates. The seeds of oppression that caused so much suffering and injustice in Aboriginal cultures are still branching out through our everyday lives and decisions.

So… how can settlers go forward honourably, knowing our part in this history and this present? As a settler and “owner” of land, what can and should I do? Is there an emergent sacred ground of redemption that we can work to cultivate?

Achieving greater awareness is a necessary first step. I recommend a few books below that I have found instructive. Awareness can, approached correctly, lead to humility and a consequent practice of questioning one’s decisions. In light of the fact that our prosperity is built on the sacred ground of the generations who walked this land before us, we would do well to engage in this questioning.

And take a moment to run your fingers through the nearest soil you can find!

Spend some time with your kid to try and learn all you can about the original people of your area. Are there local places that bear the names given them by Aboriginal people? Can you do some research and find out what those words mean? What if you searched out the Aboriginal name for a nearby river, lake, or mountain that typically carries a European name? Try to find where the next First Nations festival or event is being held in your area, and consider attending it as a way to connect directly to the current life of Aboriginal people.  And talk openly with others about ways to address the cultural genocide of Aboriginal peoples.

A tiny sampling of the many relevant books on this topic:

Thanks to Sellars for the Hemas Kla Lee Lee Kla story, the Simon Fraser story, the chapter heading synopsis of North American history, and statistics on the impacts of disease

The Teror of the Coast by Chris Arnett; Talonbooks, Victoria, © 1999

Thanks to Arnett for the Acheewan story

Thanks to Deloria for the Leschi story