Lessons From the Fray 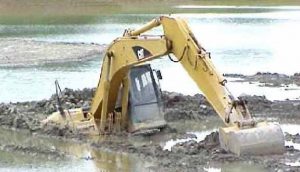 It is hard not to watch the drama being played out in our nation’s capital. The new administration is settling into its leadership, and is ambitiously working to chart a dramatically different course for America.

Some see this shift of priorities as “the draining of the swamp,” implying that existing corrupt politicians will be replaced.  Yet evidence that corruption is being controlled is lacking. The many steps taken to limit or eliminate ethics officers and regulatory authorities are discouraging.

Others see the new administration as moving to restore an old-school democracy that reduces things into simpler terms. For example, illegal immigrants are, by definition, illegal – and some feel they should be arrested and deported, regardless of their human vulnerability, their crucial role in our economy, and our legacy as a country of immigrants. 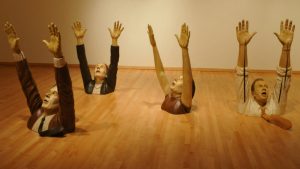 And then there is the perspective that we elected a businessman to bring a new level of efficiency to our bureaucracy. What we have seen thus far is hard to characterize as increased efficiency, since the shared power structure that is our nation is very different from the unilateralist leadership typical of the corporate world. And since international diplomacy means something very different to corporations than to governments, our relationships with other countries are suffering under the corporatist model.

The most salient thing about this new chapter of American democracy, though, is more a result than a cause of our cultural malaise: the unprecedented polarization of our country.

To escalate a conflict when one feels confident of one’s correctness is a normal human tendency. Yet this tendency leads individuals across the political spectrum to adopt polarized positions that obscure the shades of grey embedded within nearly every difference of opinion. And when we polarize, we tend to blame and vilify, further distancing ourselves from common ground. 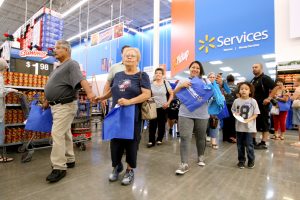 I recall that, a few years ago when I was teaching a class on Entrepreneurship, I brought my students to a variety of businesses to examine their effectiveness at achieving triple-bottom-line success. One of the businesses we visited was Walmart – arguably the most salient example of entrepreneurship in today’s economy. This was just one of over a dozen case studies we considered. Yet when one of my progressive friends learned that I had included Walmart in the class, she accused me of corrupting my students by legitimizing a business that she felt was evil. I tried to talk with her about the positive impacts of Walmart’s Sustainability Initiative, but that only made her question my motives even more. It was as if the negative impacts of Walmart – which are certainly not insignificant – blinded her to any positive impact that that company might have.

In a recent essay by Sabrina Tavernise entitled “Are Liberals Helping Trump?”, Trump supporter Bryce Youngquist described being called “a disgusting human being” by friends when they learned of his affiliation. Youngquist’s response? “They were making me want to support him more with how irrational they were being.” Here, the reaction of Youngquists’s friends turned a political difference into a reason to question his basic decency. 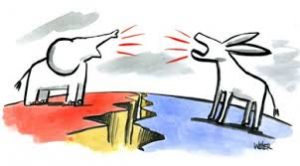 This sort of us-and-them mentality is understandable, especially in an age where civil discourse is so compromised (perhaps most visibly by our President himself). But polarization threatens healthy political discourse. We need dialog, not distance.  We need to find common ground, not damage the fragile turf that lies between us.

celine bags This requires that we engage in – and teach – discernment. Discernment is the mental discipline of looking critically at the nuances of a situation, attending to facts, staying open to new information and divergent views, and maintaining attention to common truths. Coupled with a healthy dose of civility, discernment allows for dialog between even deeply divided individuals. Dialog of this sort may not bring people to agreement, but that isn’t the point. The point is that such dialog is the lifeblood of democracy. It is a necessary, if not sufficient, component of the healing needed to rebuild our country.

Importantly, listening to those who hold untoward values, such as racism, does not constitute adopting or even accepting such values. This can be difficult when one is up against something that feels deeply wrong. It is made even more difficult when one’s opponent is in denial of clear, demonstrable facts – there is a genuine risk of granting legitimacy to such a dangerous position. 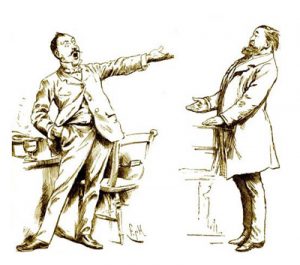 Yet our society is made up of people, and we need to be able to relate with – and ultimately find ways to influence – each other. Nicholas Kristof advocates for this fact in his recent piece “Trump Voters Are Not the Enemy.” We cannot in good conscience capitulate to racism, xenophobia, sexism, and the denial of obvious demonstrable facts. But it is not a given that every person who voted differently from you embraces the extremes of their chosen candidate. And actual, respectful dialog is really the only way we are likely to influence others.

Perhaps most importantly, an egalitarian future depends upon the creation of norms for civil dialog and the modeling of healthy interaction. Taking the low road of name calling, of being more blameful than receptive, and of vilifying our opponents, is not only ineffective, but creates a world we would never want for our children.

canada goose canada goose And therein lies the roadmap to lead us out of these dark times. What do we want our future to look like? Let’s get clear on this, and build positive, collaborative systems to rise out of the wreckage that is being created around us right now.

I envision close connections between farmers and families that can transcend the urban-rural divide and affirm the vital importance of a healthy food system. I see alliances between worker’s groups and environmentalists, since we all need working economic and ecological systems to sustainably prosper. I imagine healing the vast disparities in power and wealth that have resulted in the suffering and abuse of women, people of color, immigrants, and low-income folks. And I certainly envision schools and educational initiatives that are based upon integrity and purposefulness, not institutional treatment of learners, to help our kids learn discernment and civility. 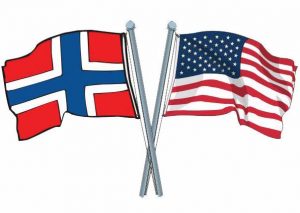 Much work has been done, and we can continue to build these things without acquiescence to an uncivil, unjust, and fact-challenged regime. An example of what is possible is described in an interesting piece by George Lakey in the Spring 2017 issue of Yes magazine. Lakey describes the path followed by Norwegians during the rise of Nazi Germany, as they sought to affirm positive approaches to social and economic conditions that paralleled Germany’s. A focus on nonviolence, on building alliances, on bridging differences, and on economic well-being led Norway away from fascism toward a healthy and sustainable social democracy.

We can do this in America, if we embrace discernment and civic society. As I wrote earlier about taking my class to Walmart, progressives as well as conservatives need to listen carefully, take in new ideas, and rethink their biases. And when we do these things, we are not just taking needed steps toward change. We are modeling a positive democratic future for the next generation. 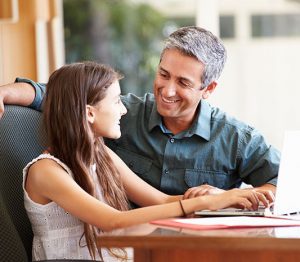