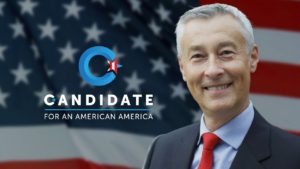 As a kid, I clearly recall the feelings swirling around the day after an election.  My father had a penchant for fighting losing campaigns, which always made the day afterward — following months of rallies, doorbelling, and meetings —  feel empty and pointless.  Now, a few weeks past the 2018 midterms, I am emerging from a prolonged election hangover.  However, what’s happening right now in Wisconsin is triggering a bit of a relapse. I’ll get to Wisconsin in a moment. 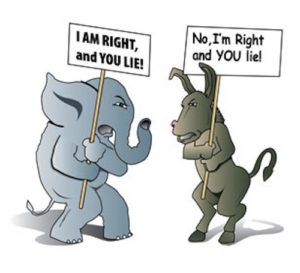 Many voices call out for calm in the face of the extreme politics of our day.  (Mine has been one of them.)  Polarized rhetoric and name calling is undermining civil discourse. The value of truth requires that liars be named and held accountable.  There seems to be a shortage of faith in the common good.  Many Americans have forgotten that most government agencies are not corrupt, that they are worth our tax dollars, and that they make life safer and better in the USA than in many nations.

Believing in this country does not, however, mean endorsing its every trait.  And being a responsible citizen requires applying a critical mind to the specific actions being taken in our name.  It is not histrionic to point to the many failings and manipulations of our electoral system and conclude that democracy itself is at risk.  It is simply an observable fact. 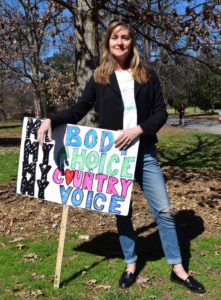 Over the past months, since I began delving deeper into understanding the climate crisis, I have engaged more in retail politics that ever.  (See my post on Initiative 1631.)  Although the carbon pricing bill I canvassed for lost, my time was not ill-spent.  I made dozens of face-to-face connections that affirmed for me that democracy is possible.  And doing active, sincere, and communitarian work is empowering even if you lose a given election.

I know that I’m just one of thousands of people who stepped forward in this year’s election to try to reclaim democracy.  Together we are a force to be reckoned with.  And we are not going away.  We are not going to let the powers of immense wealth complete their takeover of America without a fight.

Since I am independent, nether red or blue, I dislike the concept of the “blue wave” that was a popular meme in this past election.  But if we consider the metaphor of a wave of citizen power rising up against the huge walls of money, it isn’t that there wasn’t one – it just has not yet crested. 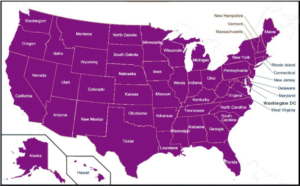 Perhaps one thing that would help bring our sea-change of common-good-oriented activism to its peak would be to change its color.  Perhaps it will be a purple wave, if we can bring forth a nonpartisan movement to affirm what best serves mainstream America.  Or, given the overwhelming urgency of the climate crisis, a green wave might be in order. Regardless, a tsunami is building.

How can we surf this wave?

While it does no good to pretend that the massive power of corporations and bilionaires can be easily beaten, this is no time to be daunted.  We are called to a new level of citizenship.  We need to step forward to hold all our leaders, regardless of party, accountable to serving the interests of voters.

Now back to Wisconsin. Wisconsin’s lame-duck Republican controlled legislature, after years of working alongside the Republican governor, Scott Walker, used the post-election lull to vote to curtail the governor’s powers.  This action is a naked power grab.  These legislators are blatantly working to prevent the incoming Democratic governor, Tony Evers, from wielding the same power as Walker, who just lost his re-election bid. 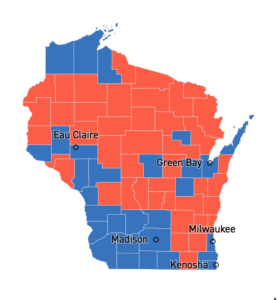 The voters spoke.  They chose Evers over Walker.  They did not choose to weaken the governor’s role.  But certain actions taken by Walker with the legislature’s support – like stripping unions of power and gerrymandering the state to disempower Democratic voters – could be reversed by a Democratic governor.  So Republicans are essentially cheating the voters, seeking to ensure that even though Republicans lost the governorship, they will manipulate the system to limit the impact of that loss.

Wisconsin is dear to me. I grew up spending summers by a lake in the northern part of the state, at a rustic cabin my grandfather built 70 years ago.  So I didn’t hesitate to call Scott Walker’s office to urge him to do the politically and morally courageous thing and veto this scummy power grab.  Wisconsin is better than this, I said.  (It would be awesome, if unlikely, for Walker did the right thing this time.)  UPDATE:  Walker, cementing his legacy as one of the worst governors in Wisconsin history, has signed the legislation into law.

But in today’s America, scummy power grabs like this are far too common.  It is in citizen action where our greatest hope lies.  Politicians must be held accountable.  Partisan gerrymandering must end.  We have to reject voter fraud like that in Georgia, where the candidate “supervising” elections was able to ensure his own victory.  And above all, money must be replaced by the will of voters in determining election outcomes.

I’d like to close with a quote provided me by my wise ally Kendall Kyle.  Kendall quotes historian Timothy Snyder:  “Authoritarianism arrives not because people ask for it but because they lose the ability to distinguish between facts and desires.”

We have much work ahead of us.  What specific actions do you see as most pivotal in restoring democracy and “distinguishing between facts and desires” at this critical time?

I’d love to hear your ideas. I’ll share some of mine early in 2019.  My father, were he still alive, would want to hear them!